He is considered one of Zingonia’s most promising talents and his growth is no surprise to those who have been following him for several years.

Amad Diallo Traorè was born in Abidjan (Côte d’Ivoire) on July 11, 2002 and, according to Wikipedia, “he arrived in Italy as a child with his family and started kicking the ball with G.S. Boca Barco, Bibbiano’s team. In December 2014, he was highlighted at a Christmas tournament where observers from some Serie A teams were present, including Atalanta, who bought him the following year”.

Last year, still in age for the Under 17, he took part in the Primavera 1 league with Mister Brambilla’s team (26 appearances and 6 goals) and this year he made his debut with Mister Gasperini’s first team in the match against Udinese (7-1 the final result), in which he went into the net just 6 minutes after he entered the pitch.

He deployed mainly right winger in Mister Brambilla’s 4-3-3 with an inverted foot (dominant left foot) and has the explosiveness typical of the outside able to dribble the man with ease, but his growth is also passing from being able to occupy the spaces between the lines in the finishing zone and make an impact in the different phases of the game: from the data produced by Footure Lab, we can also see an excellent quality in the verticalisation through the key passes and in the long switch passes (in the playmaking phase) and excellent qualities in the tackle. 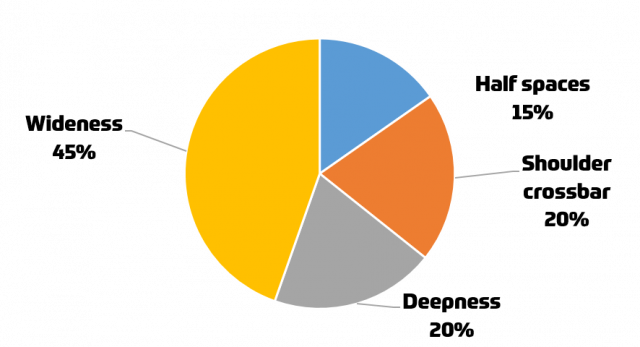 Let’s see the individual tactics and technique data of the Ivorian player, referring to his first part of the season with the Primavera team.

His most accentuated offensive quality, confirmed by the sportsdata, is his predisposition to offensive 1-on-1: statistically he has a considerable percentage of positive outcome, but what makes the difference (also in terms of data processing) is the area of the pitch where he manages to create a numerical superiority. 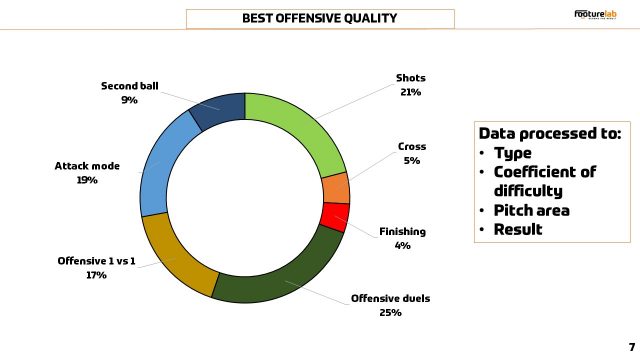 Example of an offensive duel

As noted by the first graph in reference to the offensive movements, Traorè is a player who varies the offensive movements and the areas in which he receives the ball in the last 35 meters; this leads to think that his process of individual growth and reading of the spaces to be occupied, already starts from an excellent base.

In this regard, there are also data related to the type of finishing: despite its use as an outdoor attacking pass, most of the finishing passes include the last passes, with excellent positive percentages; 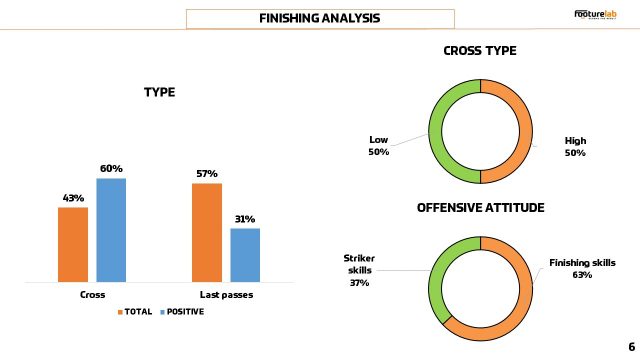 Deepening the data of applied technique, the young Ivorian is remarkable for the great quality in the fundamentals, even in situations where he is under pressure (he receives under pressure in 43% of cases, slightly preferring the control on the spot than the oriented control). 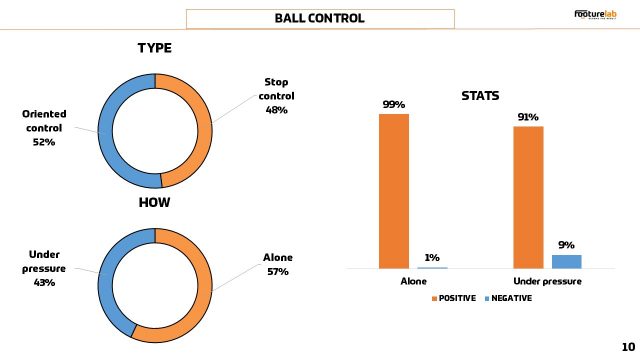 As well as defense and ball protection (with more than 94% positive outcome for this type of technical gesture); among the Footure Lab data what stands out most is his search for the goal shooting: not so much for the statistics regarding the Expected Goals (his average in the UEFA Youth League is much lower than those who lead the ranking of this particular statistic which, coincidentally, is led by his teammate Piccoli), which measures the probability that a certain shot can turn into a goal, but rather for his presence inside the area.

In the first part of the season of the Primavera 1 championship, 80% of his shots came from inside the penalty area, certainly particular for an outside with his characteristics, with an average of more than four attempts per game (and less than 40% inside the mirror of the goal), indicative of how he combines the qualities of finishing mentioned above, also excellent propensity to search for the shots, putting great curiosity on the evolution of the player in the short and medium time.

One of the goals scored by Traorè

As for the analysis of the passes, Traorè prefers the short bet to the closest teammate (with more than 65% of attempts in this sense), but from the data processing (and going over 89% accuracy of passes, purely statistical data that offers a reduced overview) that takes into account parameters such as pitch area, coefficient of difficulty, outcome and type of gesture, you can see qualities in the verticalization with the key pass (pass that penetrates one or more lines of pressure opponent) and the long switch passes in more. 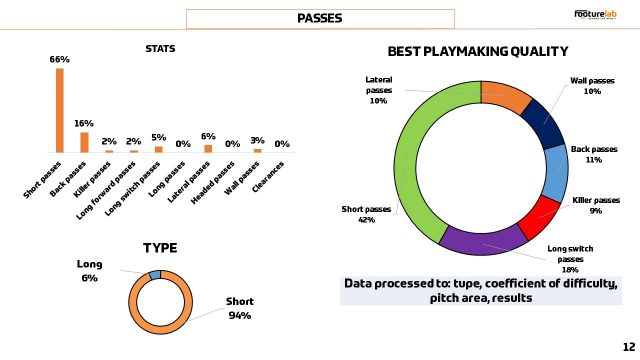 From the elaboration of the data of the defensive phase, some interesting qualities emerge even when not in possession: the tackle is its best quality (with more than 70% of duels won for this type of event) and it has an average of almost 5 balls recovered per match, more than half of which in the opponent’s half.

He’s the right winger of the 4-4-2 of the Primavera F2002 team: for quality expressed but above all by the margins that can be glimpsed by the sportsdata Footure Lab. 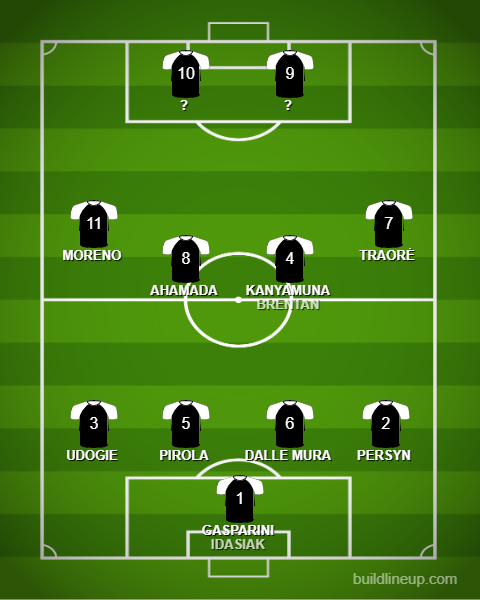