At 22:25 on 26 December 2019, Jurgen Klopp‘s Liverpool has the advantage of a goal at zero over Leicester in the closing match of the boxing day.

The stopwatch marks the 70th minute and the German coach decides to replace Keita and Salah in a double substitution, kicking off the wide success of the Reds.

At the final whistle, Liverpool will win four to zero continuing the chase to the Premier and bringing all its fans great enthusiasm.

Welshman Ian Graham is not exactly the reds universe character best known to mainstream audiences, yet since taking over as director of the Anfield Road club’s research and development department he has played a key role in Liverpool’s recent footballing sessions, thanks to his familiarity with the world of data scouting.

His Ph.D. in physics from Cambridge gives an idea of how much of a perfectionist Graham is, so it’s not surprising how Keita’s not brilliant performance as a replacement could be a stain on him in such a triumph.

The moment of double substitution in the match against Leicester

The native Guinea player is one of the virtuous stereotypes of data-based player trading. The grown-up in the Red Bull football universe (whose use of sports data we talked about not so long ago), his purchase has been insisted on by Graham in several market sessions, against the opinion of some field observers and even some analysts. The biggest doubts in the evaluation of Keita’s statistics were that at a first “classic” analysis, they painted him as a below-average midfielder, particularly in the parameter of the accuracy of his passes. What caught Graham’s attention was the application of a particular algorithm to the statistics of the then Leipzig midfielder. As a result, with each pass completed by Keita, the chances of a goal being scored in the same action increased exponentially.

The double substitution in the last boxing day played to date, represents a double-sided medal for Liverpool’s methodology of using the data, if we consider that the other player replaced is Mohamed Salah, bought for 42 million euros in 2017, despite his contract was about to expire.

The goal scored by Salah against Bournemouth in December 2018

It is curious how even the Egyptian attacker had a very bad rate of accuracy of the passes, but once again the processing and reading of the data by Graham was matched. The Welshman’s algorithm considered Salah as one of the players in Europe most capable of gaining meters of the pitch to his team both as receiver and passer. This was enough to convince Liverpool to snatch the African player from the then Roma Monchi sports director, one who used numbers systematically. 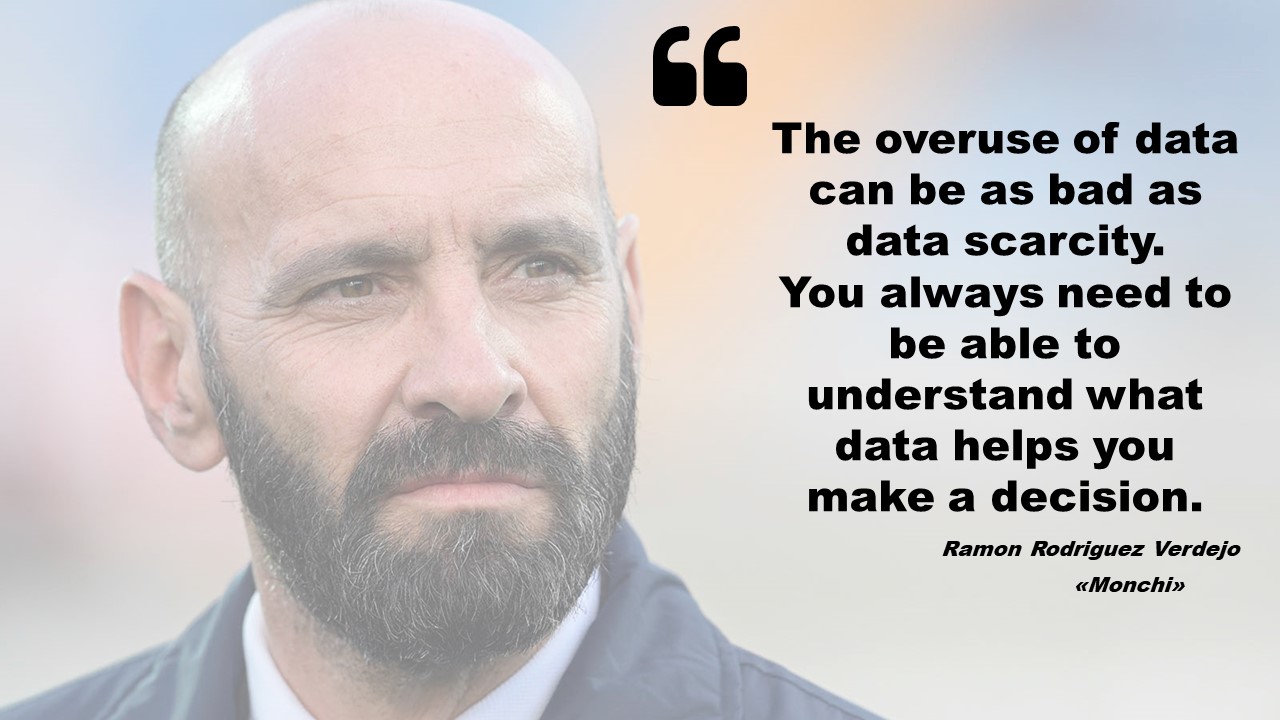 The mistrust of the Andalusian sports director during his experience in Italy is representative of the distrust that Italian football has reserved for technology and sports data.

In recent years, however, even in the beautiful country things have started to change.

The Italian technical sector and the school of Coverciano, led by Antonio Gagliardi, is sketching a model for the use of data in which it is the men of the field who approach the world of technology and data.

Footure Lab is the company that was born from these conditions.

The qualification provided by the technical sector is an essential requirement required to all its analysts to be able to provide innovative and technological solutions thanks to the partnership with another big company like Abinsula.

So thanks to the production and elaboration of our sports data already in November 2018 we suggested a more advanced role of Dejan Kulusevski (at the time an offensive box to box midfielder of Atalanta’s Under 19, in an article written for Mondoprimavera) in the football of the greats, and who knows if Roberto D’Aversa was not comforted by similar analysis in the choice of deploying the Swede as a “false nueve” in many matches during this season.

We have been working for two years now, speaking the same language as the experts, supporting their instinct and skills with our services and strengthening their certainties and feelings, sometimes giving them new ones.